Jewel in the Crown Slot Game

The jewel in the Crown is a fantastic game. The jewel in the Crown is one of the best slot games to count on to have a good time full of fun. Although this game has limitations, it offers a wonderful mixture of clean and exciting gameplay that add entertainment and fun to the times of its players. This game has its classic shape known in similar online gambling games, as it consists of 5 reels, but it is not normal at all as it offers continuous play without boredom or monotony.

The shape of this game is characterized by the vintage style in the shape of Jewel in the Crown, and this style overlaps with another modern style, where there is fruit pictured in an unconventional modern way, and this matter would attract players with different tastes, so players who love classic shapes and who love Modern shapes, as well as the features of this game that attract all people to it. You’ll find that when you change the way you play the game will change, a shower of dust and blue curtains will close on the normal grid and open up on a new one, essentially symbolizing that the game and its rules have changed.

As for the paylines in this game, it has the advantage of being 10 fixed paylines in the standard mode of play, but they can be increased in three additional ways. Also, this game has many other additional and free rounds that provide players with more features such as blue and red features. The jewel in the Crown has a Big Bet alternative way to play that really ramps up the energy.

It uses clever tactics and design features to create a game that has many dimensions to it. Also, this game features a very good Paytable, which enables you to play in cash to surprise you with more features and great rewards!

Jewel in the Crown Features

This game enables you to play in two different ways and each of them leads you to different winnings, so you can play with bets greater than 2.0 coins and when you play with this amount of bet your rewards will be much greater than the other way you can play with bets smaller than 2.0 coins which would It makes your winnings smaller and variable according to the amount of bet you place.

For example, when you play with a stake smaller than 2.0 coins, the best winning you can win is x10 of your bet for either the wild symbol or the royal blue gem. However, if you play without the above limit, the top amount is x20.

Note that you must also keep in mind the minimum and maximum stakes in this game while playing the game, as the minimum is 0.10 per each payline in every spin.

Jewel in the Crown Symbols and more

In the game screen, there is a tool on the side of the spin button, characterized by a purple color, this tool was specially developed to take you when pressed to the big bet with its three options. Players can place wagers of 20, 30, or up to 50 points on this option. Each level of betting has its own advantages.

Like the Crowning Glory feature, which helps the (+) and (-) signs to switch between options, with a select button in each to trigger the round. The game will give you five waves of gameplay, and during that time you must obtain 8 or a maximum of 16 other games and that will be free, and you as a player must be able to achieve this goal in order to achieve the many gains!

There are 6 blank places directly under the heading at the top of the paly screen, these places should be filled with Shining Red Crown and that happens whenever you match symbols on the reels. If you get 5 Crowns, you will get 8 rounds, and if you get the 6th Crown, that will give you 16 rounds. But be aware that it is not easy at all since you only have 5 chances to get them and this takes extra effort and double focus!

Jewel in the Crown Bonuses

All winnings pay a lot. If you bet $2.00 or more, the “All prizes pay adjacent” feature will be activated. This means that a winning line does not need to start with the leftmost symbol. As long as there are matching symbols anywhere on a payline, you are a winner.

The Big Bet game allows you to place a higher bet to play 5 tied spins of the reels. All winnings are cumulative. You can cash out after the last spin. Each spin uses all lines and winnings are according to the payout table. There are 3 different winning games, each with a different stake. During the Big Bet of £20, the Crowning Glory Road Bonus is active. The feature of the £30 bet is the same, but it also includes the stacked jewels. The last bet of £50 also includes stacked jewels as well as the Super Coronation Glory trail.

Play Jewel in the Crown now!

Barcrest presents a rather unique slot machine in the form of Crown Jewel, a dazzling 5-reel title that is nothing ordinary, despite its classic appearance.

While it doesn’t look like much fun, it has an old school background that takes the game a step further. Therefore works to both new and old players. Having said that, it is the features of this game that interest us the most.

Firstly, the pay-lines are not conventional at all as you get the 10 standard lines and then 3 more ways to play which is completely unique in this respect. That would be enough to draw our attention, but there are also free games that have a blue and red function. Even better: more variation means more fun for us. But wait, there’s more. The jewel in the Crown has another way of playing Big Bet that really increases energy.

That’s a lot for such a small niche, and that’s before we see the rest of the paytable. With so much to cover, let’s start and see what the game has in store when we put up the money. 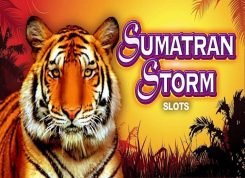 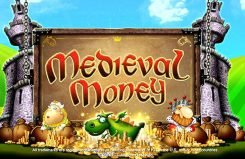